ISKCON Chennai conducted the Ratha-yatra of Their Lordships Sri Sri Jagannath Baladev Subhadra in a small scale on 23rd June in the evening.

The Deities placed in their small rath was taken in two circles around the temple premises. Only the temple residents participated in the festival.

As usual, the ratha-Yatra was accompanied by devotional singing. Various delicacies were offered to Their Lordships during and after the Ratha-Yatra. Arati was also offered at the beginning and end.

The procession festival was webcast to the congregation of ISKCON Chennai through its live YouTube channel. Hundreds of families not only watched the procession but also offered naivedyam and arati as they saw their beloved Lordships in their gadgets.

“The pandemic has brought us closer through our various online programs”, said ISKCON Chennai President, Sumithra Krishna das. “There are excellent online programs for children and people in general. There are large scale programs as well as small groups where devotees are reading Bhagavad Gita and Srimad Bhagavatham on a daily basis. In this way we are helping each other and society at large to focus on the blessings and protection of the Supreme Lord.”

ISKCON Chennai had recently concluded a 18 day one hour course on the chapter summary of Bhagavad Gita in English which was attended by 10,800 people all over the world. The Tamil version of the same course is going on now and will soon be held in Telugu also. 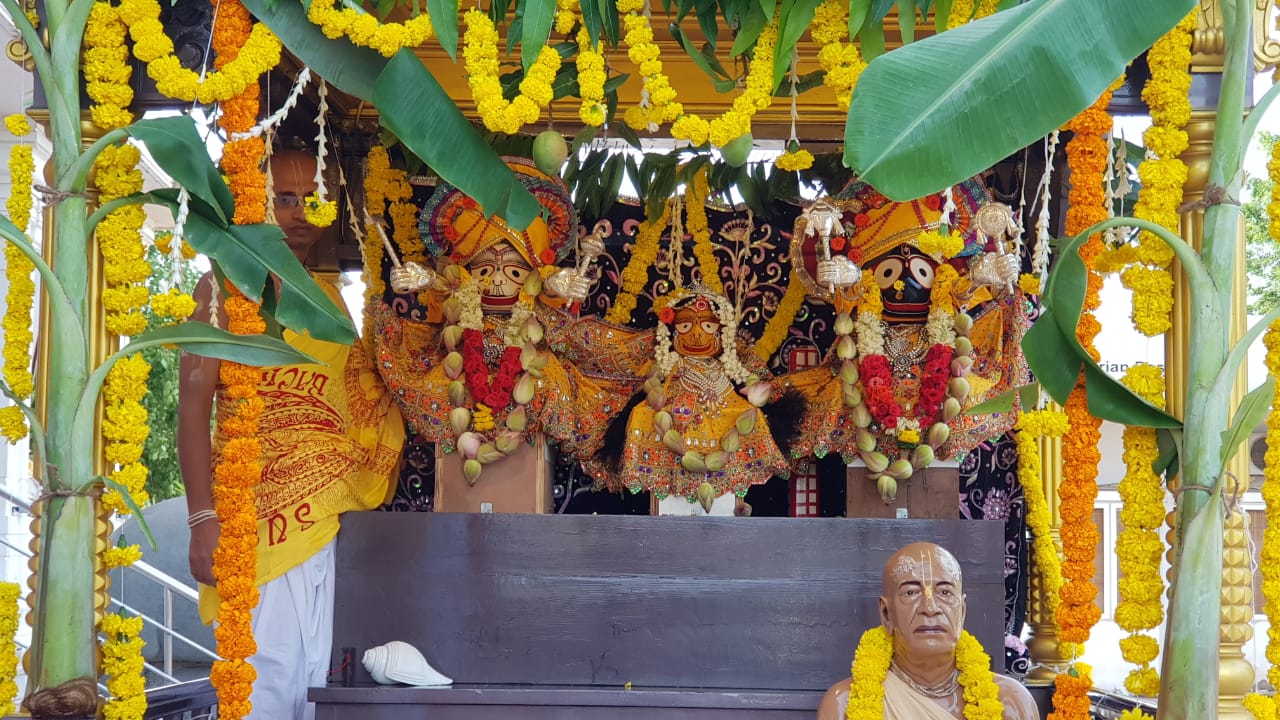 The Ratha Yatra of the most merciful Lord Jagannath, Subhadra and Lord Balaram will be
celebrated in ISKCON Chennai temple premises pulled by temple inmates.

All the devotees can get the divine darshan of Their Lordship Jagannath, Baladev and Subhadra Mata online on Iskcon Chennai YouTube channel and Zoom and get Their unlimited blessings.

Devotees, life patrons and wellwishers are requested to stay safe at home and participate digitally.

You can also take special darshan and offer Arati to the Lord from your home itself
by joining us on Zoom.

https://forms.gle/tfgZEMvaiw7QN8fM7
Due to the COVID-19 pandemic, this year Rathayatra is not open to the public.Zoom ID: — https://zoom.us/j/95512622043
Password: 1008Youtube live at https://www.youtube.com/c/iskconchennaiYou may also contribute to Lord s ratha Yatra festival online 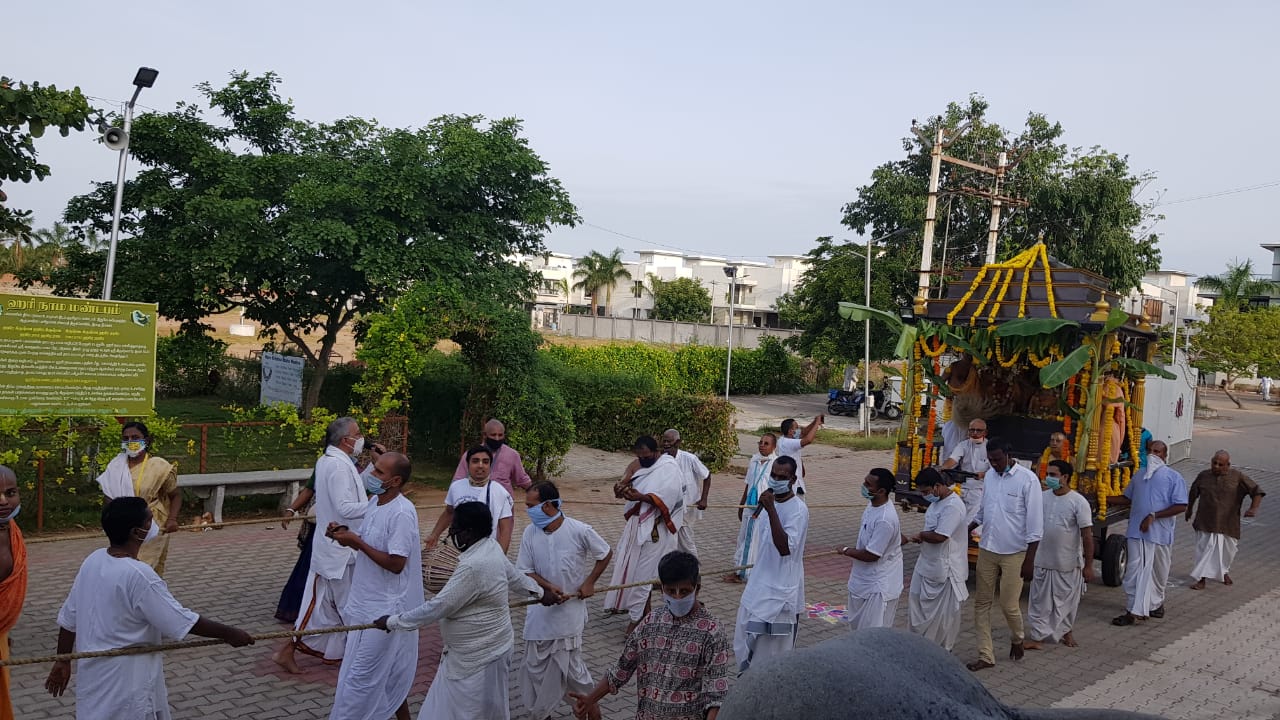