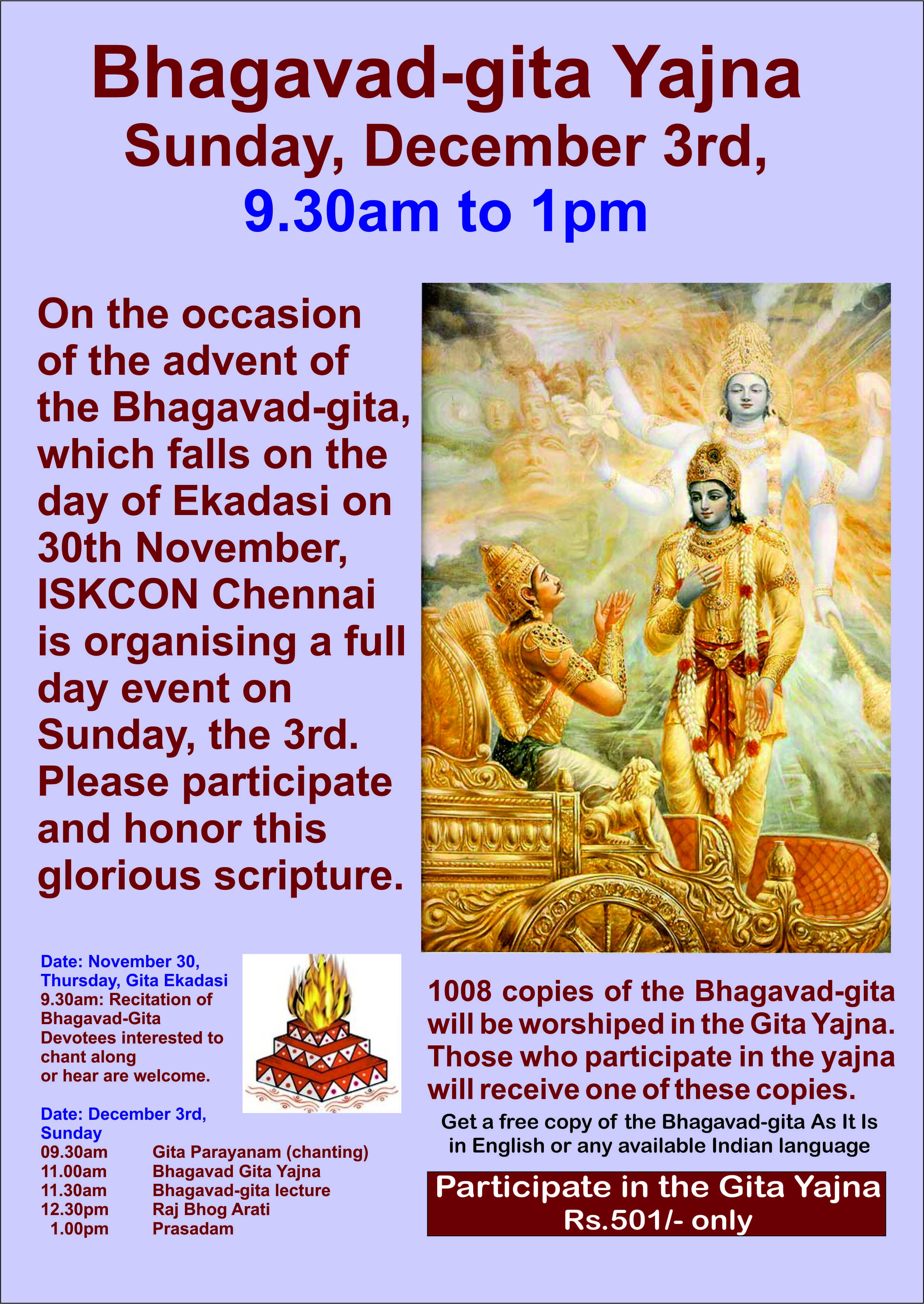 Miss World 2017 Manushi Chhillar recieves Srila Prabhupada Prabhupada’s Bhagavad-gita As It from ISKCON Kurukshetra on the behalf of ISKCON at the same Land where Lord Krishna Spoke the Bhagavad Gita (Kurukshetra, India) & on the same day when it was spoken (Gita Jayanti – The Advent of Bhagavad Gita) !

They even had discussions.

She even chanted the Hare Krishna Mahamantra.

All Glories to Srila Prabhupada ! 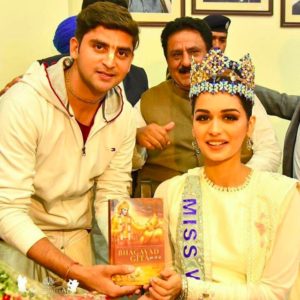 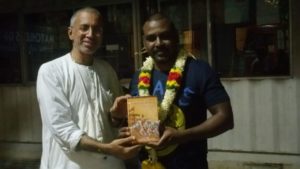